I just wanted to say that you are all terrible at terrible poetry. Seriously.

Like, you actually have meter, and rhyming, and it all makes sense. Some of you need to go back to a high school poetry class and learn some more unnecessary emo and angst.

Given that, you all lose. Try again next week.

Okay, okay. Really, though, I had a difficult time choosing. Given the prompt and parameters, I tried to pick who I thought seemed to be trying to consider thinking about the possibility of imagining a terrible way to construct a poem.

I know you can’t cure dyslexia with a knife.
So why, you ask, am I lying here?
About to go under and risk life,
T’was for something I hold much more dear:
It’s chocolate! and candy! and cake!
Well, anyone can make a mistake!

Whenever I have entered writing contests, I agonize over why didn’t I win? I understand that contest hosts/hostesses often get a whole pile of crap and then don’t want to hurt anyone’s feelings by pointing out the obvious.

No, that wasn’t the case here, and isn’t the case where my writing submissions are concerned (I hope). I’m just rambling. I also want to be certain I tell the winner why I picked his or hers every week.

So… I want Bladud Fleas to know that I picked his because I got confused reading it. And I appreciated his clever misspelling of ‘surgery’ to go along with the bit about dyslexia. It’s a bit too pretty, as I mentioned earlier, but well done and all that. 🙂

Everyone else: go visit Bladud‘s site. He’s way too underappreciated by the internet. And, read the other entries below. They are listed by order of submission, not preference.

You are all very, very clever poets. Shame on you.

I hop to God no one has to go through what I went through:
having a leg cut off.
And having both arms surgically removed might look ‘armless
but I’m not applauding.
I don’t see why it was necessary to remove both eyes
when one was already blind.
All I asked the plastic surgeon for my elective surgery was to
“Make me like a painting.”
I never meant Picasso.

“Two men to push a gurney?”
Enquired the recumbent Ernie
Only one to push him back,
And another with his bits in a sack.

I decided to have my nose removed to spite my face
Now had to decide on just the right place
To have this delicate procedure done
that my nose might smell but never run
This must be the place, everyone dressed in white
but then those cleavers gave me a fright
These weren’t doctors, they were butchers of meat
And it was too late for me to retreat
There went my nose, thrown into a pile
And then my lips, with a bloody smile
One by one I wholly became parts
It is true to say that I had lost heart.

I always knew I’d go under the knife
For a bigger chest, it was worth the strife
My meagre A cups are not what I want
But something much bigger that I can flaunt
Should I stop at a D or maybe an F
Or go even larger and really impress?

Thank you so much to everyone for playing along! Come back tomorrow for next week’s prompt! 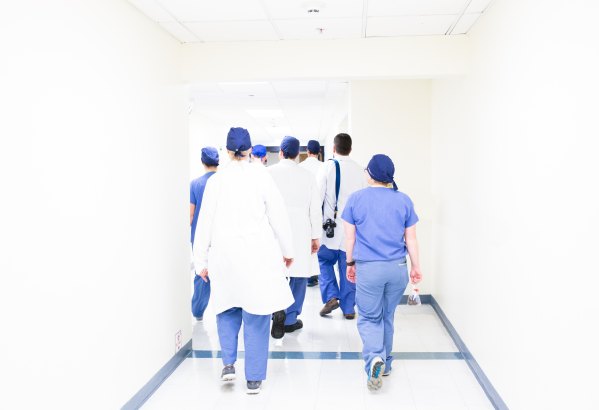 15 thoughts on “WINNER of the First Weekly Terrible Poetry Contest”