Oddly enough, today I wish to reminisce about bathrooms. The idea came from Irene Waters, the illustrious writer and memoirist.

Her suggestion came at the same time a friend of mine is on vacation, a friend who keeps posting ratings for the various bathrooms she’s visiting. Little did I know that this is an activity she’s indulged in for a few years, supposedly stemming from a terrible experience with one. To this, I can relate. I did not realize how crucial a good seat for relieving oneself became until my first cross-country drive in 2015.

It inspired a star-studded poem:

I’ll tour this grand old land of mine;
I’ll drive from ocean to sea.
I’ll walk where millions walked before,
But,
I’ll not sit where they all …do their business.

Unlike some of the older participants in Irene’s prompt, I haven’t lived through a drastic era of change regarding toilets. Every house I’ve lived in has had what I have now: an indoor model that flushes with the aid of plumbing that enters and leaves the house. No water closets or outhouses. I do not believe I’ve ever lived somewhere with a septic tank. 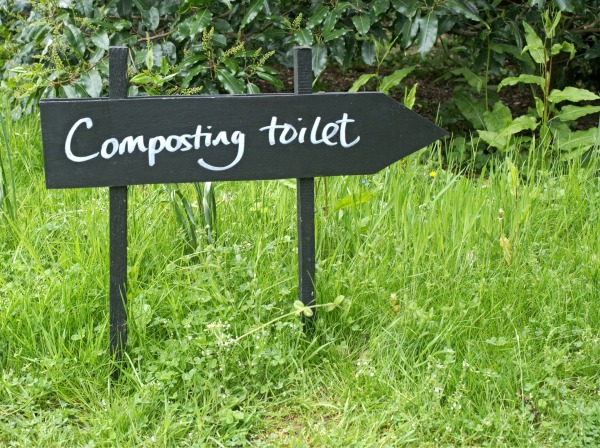 I have stayed in less-posh situations. I recall a summer camp one year with limited water and sewage supplies. We were advised to follow the old poem, “If it’s yellow, let it mellow. If it’s brown, flush it down.”

My family also spent a couple of summers at a cabin in the woods with its very own outhouse. I still recall the dread of midnight nature calls, shaking my flashlight through the dark and whooshing trees on the path and out to the pit-with-a-door. Due to active imaginations, two of my children are currently afraid of using the toilet alone. They said they imagine a head poking out of the hole and biting them. I don’t know what they would have done with the outhouse in the woods…

For my part, my only childhood fear of toilets involved imagining an alligator in one. I’ve never lived in Florida nor visited beyond the airport, but had heard a news story to the effect in elementary school. I also feared for spiders and such. I think, as a female, one’s fears are more justified since one always has to sit.

The one advancement in washrooms I have experienced in my lifetime is the automation of its basic functions. Automatic toilets, sinks, soaps, and blowers make using the bathroom a breeze. They also made for many, many times of standing over a peeing child to block the sensor so he does not get flushed on before he’s ready.

In a somewhat-related experience, I recall a music trip to San Francisco in my senior year of high school. For the first time, I encountered public stores that did not offer a public restroom. Also for the first time; I was directed to a public toilet, on the street corner, that utilized two-way mirrors as walls. When inside, a visitor could view everything outside as if he were not within a building at all. My childhood experience of knowing one could see through this glass by getting close did not encourage any desire to use this facility.

I suppose, like my friend, I also note and rank vacation bathrooms. When in Rome, eh?