As is becoming a theme, the day’s nearly passed and I’ve finally had time to read through everyone’s entry.

Since I know you all skip to this part anyway, the winners are:

Darkness descends in the night of mourning
Glory be, I shall write sunrise in dew-mornings
Profundity in me is profuse
So for pomp I use
my lucubrations with candles at night for taunting

The Nearer the Bone, the Sweeter the Meter

There once was a poet named “Peter”
Who said, when set up with a nice wholesome intelligent and attractive girl who couldn’t have been any sweeter,
“I must write a poem
I have to rush home
and, then I’ll be pleased to meter”

Congratulations, Rasmus and Charles! You are the most terrible poets of the week!

Selecting a winner was very difficult. You all did very well; sometimes too well. Our two winners wrote terrible limericks that kept to the theme, enlisted some annoying poetic element (Rasmus: language, Charles: that second line), and were an overall disaster to read.

Here are the remaining talented poets and their submissions:

The poet from Wigan

But he wrote terribly dull poems, however,

And when his day was done,

His poems still live on

Because they’ve been taught in our schools forever.

There once was an old man named Stan
Who won the Poet Laureate, upper hand
He was celebrated all over, was featured in a Doodle;
He held five hour lectures in Tucson, Dover and Vancouver
And Google decided to replace his day with an Homage to Poodles.

There was a gentleman called Charles,
Who posted posts which were kind of bizarre.
But when he failed to be terrible,
He complained and stated it would never do,
He was a failure but in reality he’d only tried too hard.

Bukowski, Rossetti, and Poe
All wrote good poetry, so
Drafting a page
Earned them a wage
Back when a writer could crow.

I write some verse nowadays,
No one knows me anyways
Posting on blogs,
I write and I slog,
My poetry sucks more than slays.

In praise of Shakespeare making up words

There once was a poet from Stratford
Who regarded himself as absolutely confabulatfid
He wrote many a sonnet
And then said Oh! Donnit!
I didn’t mean to be so desderpolygnatfid.

There is a poet named reality

Who struggles with humanity’s finality

According tutu (to two), and frivality.

There once was a Boris who wanted to be a Poet
He thought he was better than us that’s why he only drunk Moët
He thought it was ok to lie, cheat and bluff it all the way to the top
He even had his hairstyled like his best friend Donald’s flop
Unbelievably one day he became a poet wouldn’t you ******** know it

A Bunch of Jerks

Was desiring of very high office.

Where, with his junior jerks,

While all the time ripping our wealth off us!

Thanks again for all the fun! Visit here again around 10 a.m. MST tomorrow for the new theme. 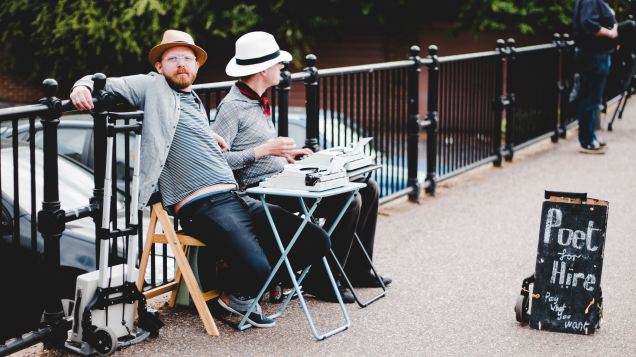 Mr. Robot and Charlescot: D. Wallace Peach created this graphic that you can use (if you want) for a badge of honor as the winner: 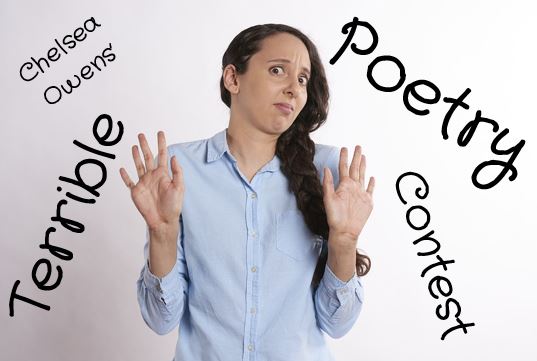 23 thoughts on “WINNER of the Weekly Terrible Poetry Contest”