Well, partners, it’s been another rough ride on the prairie. I weren’t so sure we’d be able to rustle up a winner this week, what with how many terrible entries came ‘cross the line.

But a winner there needs to be, and that is:

Congratulations, Gary! Yer the most terrible poet of the week!

As is the case most times, I had a nail-bitin’ time namin’ just one poet as best. Mostly, I thunk, this was owin’ to how very diff’rent y’all took the prompt. I saw right smart ‘pproaches, dern awful ones, and many ref’rences to beans an’ how rough that old saddle is on a cowboy’s backside.

A’ course, this old judge really wanted to shake the hand of all the rest of these here poets. Go ahead; you’ll see what I mean:

with my horse named Fred

til the very end.

We set up camp

for lack of thumbs —

but I don’t mind,

that’s common in his kind.

I cook some beans

an’ throw in some greens

that cause him to bloat.

And later on when coyotes howl

our camp is smellin’ foul

What people think, I don’t care

Long as I got clean underwear.

for ridin’ the range —

The theme this week is Wild West,
OK then, I’ll try my best,
Saddle up and trot my horse
Heading West is best, of course!
Bump along in landscape sparse,
Get blisters on my sorry arse,
Campin’ rough in a makeshift tent
Moaning cuz all my money’s spent.
Coffee brewing on the fire
Tastes like mud, so really dire
Watch for rattlers, injuns too
Tether my steed, his name is Boo,
Scared of shadows but loyal to me
Dang it, I need to have a wee……
Ain’t got far, but I had a go
We’re not used to the life you know,
Central heating, warm beds and such,
Don’t really care for this very much,
Yet starry skies and open air
Are pretty and cool when you’re out there.

“This old wildcat’s as bad as Sal.

Now keep your shirt on! I mean… don’t get yourself in a tizzle.”

His only weapon the bottle

Hunting the yellow the specks worth a hundred

“All right all right don’t rush me, I’m-a-thinkin’ … and my head hurts”

Wiggle my wiggle this poem’s a turd

Campfire Quite, and Then…

My kangaroo’s gone lame
So I’m tryin’ to sit on the back of this hippopotamus
It’s a bit plod plod plod
So goin’ clip clop clip clop is a bit preposterous.
Yeehaw! Yippee yi yo kayah!

My hippopotamus’s gone lame
So I’m ridin’ a rockin’ horse through the desert
It’s startin’ to squeak something naughty
So I’m givin’ it a squirt of WD-40.
Yeehaw! Yippee yi yo kayah!

WD-40 worked like a charm
Now it ain’t sqeakin’ and rowdy
I’ll just tie up my rockin’ horse on this hitchin’ post
And go into the saloon and say howdy.
Yippee! Yippee! Cheers!
Yeehaw! Yippee yi yo kayah!

There once was a cowboy named Rex,
Who really preferred to be Tex.
This life with his horse,
Was special of course.
And easier to love than his ex.

The sun hangs over
As I ride my steed
Deeper into the valley
Hungry eyes lingering
On my head, wishin’
I was dead

This is the life
Of a desperado, an
Outlaw, a man without
Name or country, all i have
Is my horse, Larry, and the
Birds that fly over, taking
Bites out the sky, all because
I forgot to pay my tab

I’m no drunkard though,
I’m a free spirit, but sometimes
I gets a bit thirsty is all, not always
Sure for what though. A pain that
you can’t lasso or shoot at sundown
or avoid like Injuns in the night…
Maybe one day I will finds out
What this thing inside wants, maybe
Out here in the dreaded beige yonder…

When ‘yer on the trail a-pushin’ cattle,
makin’ ‘yer way up to Seattle.

When saddle sores a-pop and ‘yer eyes start to droop,
and yer butt’s so sore it hurts to poop.

Like I done did.
And I’ll demonstrate –
So you may equate –
And mebbe get yerself an idea that’ll pollenate –
One in which yer brain can lubricate –
And you can fay-ber-i-cate.
(Cuz you have my permission to do so)

Oh, give me a home where the kangaroo roam
and the beer and the and the Swan River flooooowwwwww.
Where jackaroo’s*  herd with a helicopter or whirlybird
a fifty thousand strong head herd of emu’s!

The Australian outback, ancestral home of our Mad Max,
has a beauty that few ever find.
And at night after sundown, when you’re feeling totally run down,
looking upward will so blow your mind!

All these wide open spaces almost devoid of friendly faces
seem to stretch out for mile after mile.
The hot burning sun will fry your brains just for fun
and make you mad as a cut snake after a while.

If you lower your defences while you’re out fixing fences,
although you might start to feeling quite chuffed.
When you realise that you aughta have remembered to bring water,
but you forgot and now you know that you’re stuffed.

Home, home on the plains
where the dust storms last fourteen days.
Where the koala and wombat get ready for combat
with the crocodiles, dingoes and snakes.

Little known bit of trivia:  My home state of Western Australia is over three times the land area of  Texas.

A drifter came whose hooded eyes
bore a hole through town-folks faces
and though the distant cloudless skies
revealed no darkening, shadowed traces,
and dusty streets withheld a warning,
the tides of change were set that morning.

Puffed up folks with secret past
came dressed up all respectable,
but in his soul, his truth held fast
he knew they were despicable.
They placed a star upon his chest
and paid him well to do his best.

He vowed that he would free the gang
of an opposing, greedy clan,
then chose a stunted, clownish man
as deputy, to serve his private plan.
Yet no-one but this man could see
the mist that held a mystery.

Though no-one guessed his hidden aim
his friend came close and boldly did say
“Stranger, you never spoke your name.”
The drifter squinted and turned away
towards the boneyard on the hill,
where recall held his gaze so still.

The townsfolk rallied to his call
to learn to shoot a rifle straight;
he fooled the people one and all,
and then he ordered scarlet paint.
They dipped their brushes when he said
that they should paint the buildings red.

A heavy gang rode down the hill,
and stared upon a scarlet joke.
They came to raid and maim and kill;
amid the mayhem, the foreshortened bloke
recalled the townsfolk’s shameful past
and recognised the drifter at last.

Some years before, one rain drenched night
a man was beaten in the square.
Although he begged with all his might,
he could find no mercy there.
Declared as dead, they buried him
beneath the bone-yard on the hill.

Corpse and drifter were one and the same;
vengeance was wrought by the man with no name.

I’m much obliged to y’all. Come on by the house after sunup, and we’ll fix you up wit’ another contest. 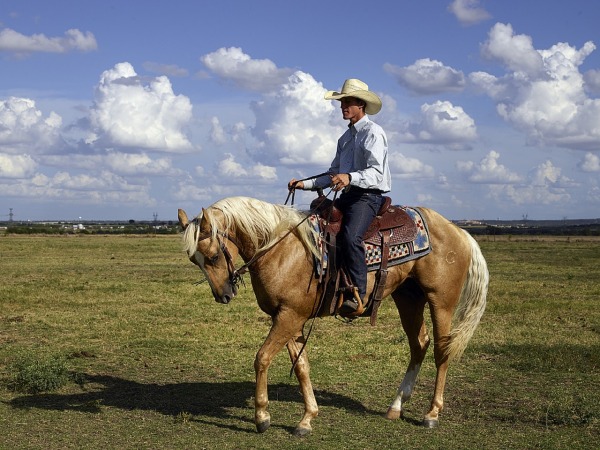 Gary: D. Wallace Peach created this graphic that you can use (if you want) for a badge of honor as the winner:

14 thoughts on “WINNER of the Weekly Terrible Poetry Contest”