The Jordan River Parkway is pretty neat. -Not neat like ice castles or natural rock arches, but still neat. It’s a trail that runs nearly 50 miles; so, if you wished, you could start at Utah Lake* and walk till you reached the northwest bend of Salt Lake City proper.

In fact, the trail doesn’t end in some random drop-off in Salt Lake. It becomes the Legacy Parkway Trail and continues on… 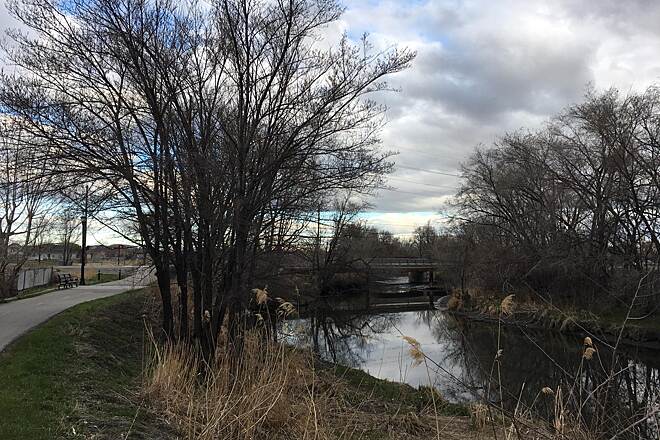 Like with some other destinations I’ve mentioned, I’ve been to the Jordan River Parkway Trail. The funny thing is that I took the kids there, in either West Jordan or South Jordan (who named two cities that, anyway?), in order to go to a park. I only knew about the trail being there, not 20+ miles to either side of there!

Look at all I’m learning about my home state!

But that brings up another neat aspect of the trail: there are destinations like parks, access points, and BATHROOMS along it. The only downside I see is that the route travels through the flat, less-scenic, sometimes-hazy and/or gnat-infested areas of the Salt Lake Valley. Legacy Parkway is especially buggy since it skirts marshes and wetlands. 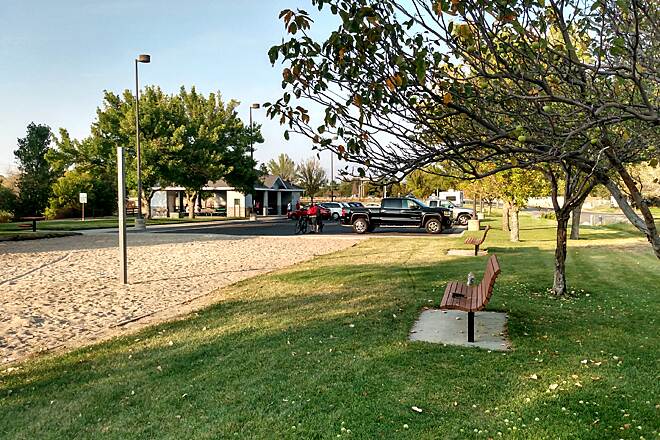 Still, a short or long stroll wouldn’t hurt. There’s a parking lot about ten minutes due East from the airport on I-80. From there, who knows where you’ll go?

Saturday, October 3: Start of this week’s A Mused Poetry Contest! Think up a witty poem for an anniversary card and turn it in before Friday morning.

Sunday, October 4: Put Pal and Kid on a dusty trail for Carrot Ranch’s prompt this week.

*The trail at least plans to run as far as Utah Lake.