A fun, cute idea for these less-fun times! Put on your eenie-meenie thinking caps and enter each week!

Rise and shine, my friends!

It’s about time for some new high jinx and shenanigans!

Given the unusual circumstances we all find ourselves in at the moment, I bet you are all challenging yourselves each and every day! 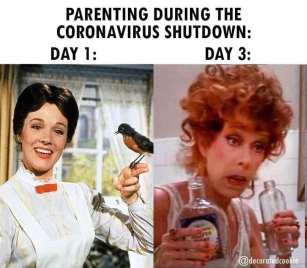 There’s the What Can I Make For Dinner Out Of 1/2 A Cup Of Raisins, A Sleeve Of Saltines, And A Can Of Baked Beans? Challenge. . .

. . .the Total Body Workout On Top Of The Coffee Table Because That’s All The Space I Have Challenge. . .

. . .and the Lord Help Me How Will I Entertain The Children On What Feels Like The Millionth Evening Of Quarantine (If I Have To Play Candy Land One More Time I Will Have To Be Committed!) Challenge!

It is just possible that the novelty is beginning to wear off of these a teeny tiny bit. . . 😊

I wrote something Saturday for a writing competition.

If you, like me, sometimes need a little kick (or, very large boot) to start your writing engine, then you know that 100 word stories are a great motivation.

“Hey, this is turning out well,” I complimented myself. Gears turning, I added details. I named my character. She did cute little gestures with her face.

Then, I remembered my limits. I stopped, counted. I was at 88 words and little Sadie was still on the couch. I was not going to fit my planned end dialogue from a candy corn man in just 12 words.

I began trimming. Sadie’s lips no longer pursed thoughtfully as she scowled impatiently. Her comforter didn’t swish to the floor; then, it was no longer mentioned at all. The candy corn people originally came from a dish of various confections, but “Mellowcreme pumpkins” was two extra words too many.

Like a manic killer, I slashed adjectives, actions, and prepositions. Two descriptive sentences became one of a somewhat less interesting run-on sentence.

I pored through any possible excess, one word at a time. Initially happy at the prospect of creating a workable masterpiece, I now cursed the word limit in frustrated whispers.

Finally, I gathered my remains, stuffed them into a somewhat-coherent form, and clicked Publish.

Staring round at the dismembered body of my original story, I vowed to never again write such a restrictive theme -at least until tomorrow.