Wil and her father hadn’t time nor thought for conversation. The old Winters sedan sped along at a rate Wil worried over, given its age. Not until a few blocks from school did she realize the tire wasn’t flat anymore.

“You fixed the car!” she exclaimed.

Rob grunted. Wil remembered that her father preferred one task at a time. He also preferred that task to never be talking. Still, she wanted to cheer him up some. “Good work,” she ventured, stealing a peripheral glance. His profile softened and the half-mouth she could see almost smiled.

They rode the final street in their former silence. Wil’s school loomed out of the morning grey. Rob tore toward its curb and parked next to an old patch of slush. Besides a few straggling teenagers arriving in similar fashion to Wil’s; the muddy, uphill patch of dead grass to the doors was empty.

“‘Bye, Dad!” She stole a kiss on her father’s cheek, caught her pullover on her seatbelt, and forgot to pull the door latch to open it. She was too busy extricating herself from belt and car to see her father’s quick, swallowed smile.

The door slammed behind her as he answered, “‘Bye, Mina.” She raced up the slippery lawn. Rob watched in tired bemusement before pulling away; he needed to get to work.

Not until Wil entered the school itself and made for her locker did she notice she’d forgotten her bag. Doing a quick about-face, she thanked whatever Being lived above that Mr. Saltz hardly cared if anyone even showed up to his class. English would be the only difficulty; they needed to bring their novel to read aloud.

“It’s not like half the class can read anyway…” she muttered. She stomped down the hall, preoccupied. Her left boot wheezed a soft *Eeeee* as she walked. Upstairs, left, straight she walked. Maybe Miss Riles will loan me a book. Formulating a future conversation in her mind, she turned and walked into the Math classroom.

And straight into her teacher. “Oh!” Mr. S. said, surprised.

Wil stopped dead. All eyes were on her and all the faces showed equal surprise to the teacher’s, but not for long. A snicker started somewhere and it soon spread to the rest of her peers.

Mr. S. appeared at a loss. He’d been interrupted mid-lecture by a student, and the other students seemed diverted. Wil took advantage of his distraction and made for the nearest empty spot. She sat and faced forward; every inch an attentive, responsible pupil.

Their teacher cleared his throat. He glanced back at his notes on the white board; unfortunately, he hadn’t written anything there yet. “Hmmm,” he said. His eyes fell on his packet on the desk. “Ah! Exponents!”

The lecture resumed; allowing the rest of the class to return to their usual, inattentive behaviors. Wil hoped she could manage the remainder of the day without drawing attention to herself. Given her experience, she doubted it.

Woolykind Wil lifted from her cozy sleeping hole, confusion and pieces of her surroundings clinging to her.

Wil shook the detritus and dreams from her consciousness. Her present world caught up to her through a thick fog. There’d been fog in her dream. Then the truck stop. Toward the end this time; just before the loud noise outside, just before she’d returned to her bedroom, she’d sensed someone calling to her.

Someone from the shadows.

Her father paused. She could barely catch his next words. “…Um, it’s time to go.” She could picture him standing outside in the hall, rubbing his face in confusion. “You slept in.”

Wil blinked and looked at her clock. It supported her father’s claim. “Ack!” Galvanized to action; she leapt from bed, stumbled over to the light switch, and illuminated her cluttered bedroom. There, pants! There, pullover!

She opened the door to find her father still standing, still rubbing. Though his usual manner evidenced little sleep, he had the gaunt appearance of a man barely alive. The specter spoke, “Cynth- your mo- erm..”

Rob blinked and focused on his daughter’s face, his coloring but not its shape. His eyes but not his shape. A curling mane of dark hair that never could have come from him. “Thank you.”

They both smiled, and it didn’t matter whose it was.

“Your mother said to make sure you showered, but …” he glanced at his phone. “Maybe at least do deodorant.”

Rob had the grace to look sheepish. “I’ll meet you at the door in five.” He hadn’t the time to turn before Wil slammed back into her room, his steps solid but not loud enough to block the hasty, flustered noises of preparation coming from behind his daughter’s door.

Phan clutched her halo, rubbing already-tarnished finish. And sighed. If only she hadn’t been so diverted this morning, with the clouds. Then there’d been flowers. Then path swirls -which led right to the end of the lengthy queue…

“Next!” the angel matriarch called.

Phan floated forward. At a scowl, she hastily replaced her halo and hoped it aligned itself. It didn’t.

“There’s only one assignment left; a newer one.”

Phan peered beyond the matriarch at the mostly harmless-looking blue and green sphere to which she must go. Oh, well. Perhaps it would have flowers, too. 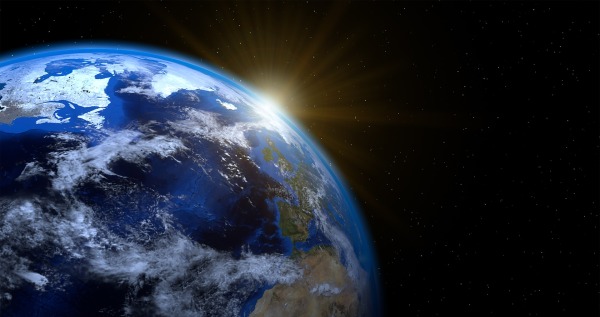 April 11, 2019, prompt: In 99 words (no more, no less) write a story using the phrase “beggars can’t be choosers.” You can play with the words, alter them or interpret them without using the phrase. Give it any slant you want — show what it means or add to its  meaning. Go where the prompt leads!

Respond by April 16, 2019. Use the comment section below to share, read and be social. You may leave a link, pingback or story in the comments. If you want to be published in the weekly collection, please use the form.  Rules & Guidelines.

Wil didn’t notice her interesting ensemble, and her mother was too kind to draw attention to it. Wil might have requested the information, had she known that a certain occupant of Building Five was spying more discreetly than even W could manage.

They walked the cold and empty route in a quiet unease; each with thoughts far from the areas she walked through or the person she walked with.

“All right, Wil…” her mother said once they were back at home. Her intended speech, however, was interrupted by yet more coughing. Wil closed the door, then walked her gasping mother to the couch. She held up the medicine bottle, the water cup, and then the nebulizer in turn. Cynthia shook her head at each but the last. Wil found and measured out the correct medication, attached the air hose, and offered its mouthpiece. She anxiously watched her mother inhale the vapor at a gasp in the coughing; cough; inhale; breathe out. Wil sighed, as she always did, in relief.

Her mother cleared her throat in the careful manner she’d used all weekend. “Now, Wil,” she said in a quieter voice, “Are you going to tell me more about your secret clues, or about Reagan, or…” She fixed Wil with a knowing look. “About why the playground outside makes you sigh?”

Wil looked up, shock plainly written all over her face.

“Or,” her mother said kindly, “Maybe you want to talk more about the letter from Gwen?”

Wil opened her mouth, changed her mind, and closed it. Her face changed expression to one of scrunched thoughtfulness as she considered what to say. She opened her mouth to try again.

“Mina!” her father said in surprise. He stood in the doorway to the hall, coat in hand and socks on feet. “We need to go!”

She rose in a rush and made to dart around her father; who, for some reason, blocked her path. Wil looked up at him in confusion. A smile played at the edges of his mouth.

Her gaze traveled back to her own person. “Gah!” she exclaimed, and again made to rush to her bedroom. This time her father did not stop her. In fact, she heard what sounded suspiciously like a chuckle just before entering her room.

Do you ever stay up late because you had something you had to do, then stayed up later dreading how tired you’d be the next day?

No? Oh. Well, go back to sleep then. I’m sorry for waking you with my questions. 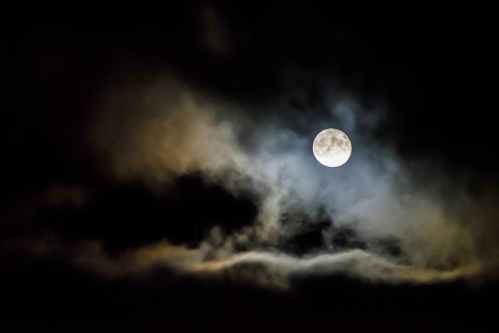 They were nearly there, near the sunlight-glinted theatre doors. An overhead clock pointed to ten-past starting.

She looked back, down the warm-yellow sidewalk. Slowly but always steadily, he came with his slanted plodding. He’d never had an impeding injury; she teased that he walked in unknown imitation of his own, flat-flooted father.

Sinking sunset rays flared an occasional reflection from his eyeglasses as he turned to look behind: at their parked car across the street, to either side: interesting geological landscape, and forward (finally): to his waiting wife.