It’s important to take time for Nature; to slow down.

I guess the squirrels needed a reminder…

Back in my college days, I watched a documentary on the animals of the Galápagos Islands. Zoologists observed strange, heartless behavior in a bird there:

The Nazca booby, a Galápagos Island seabird, emerges from its shell ready to kill its brother or sister (Science Daily).

In the video, I saw the evidence. If a mother had more than one offspring, the larger one shoved the smaller out. Where it died.

Biologists have linked the murderous behavior to high levels of testosterone and other male hormones found in the hatchlings (Science Daily).

Sometimes, when I watch my children (all boys) interact, this clip comes to mind. Especially the last bit. See, the shocked zoologists tried stepping in; stopping Little Billy Booby from ousting Little-er Harry.

What happened? The mother died. She just couldn’t keep up with feeding that extra mouth.

Well, I’d best go tuck all my boobies into bed…

“It’s quite possible for our own flaws to be invisible to us. However, one of the requirements of being a moral individual is self-examination. The more honestly we can explore and assess our own actions and nature, the healthier we will be.”

After a long day with a headache (thanks, human pregnancy), I’ve rock-paper-scissored a winner from my final choices.

And that winner is Peregrine Arc.

The Hallmark of Irony: An Elephant’s Tale

Here’s a card just for you
For 22 months, I’ve had spew
All over the savannah after every meal
Two hundred pounds sitting on my bladder for almost two years
Growing by the day and your father asks me
Dearest pachyderm-a-booble, whatsoever’s the matter, my dear little poodle?
Chin up, dear lady, this won’t last forever.
The labour pains will only last two nights, no matter.

So dearest child when you’re born,
If you ever wonder why your father walks with a limp–
It’s because I sat on him
To make him suffer for being a nitwit.

Congratulations, Madame Arc! You are the most terrible poet of the week!

Almost all of the entries went above and beyond the criteria: horrible, educational, interesting, and painful to read. P’Arc’s contribution did all that, plus garnered the promised bonus points for trying to make hers more like a Hallmark card. Maybe it’s my current pregnancy speaking, but I especially appreciated the elephant daddy getting a bit of payback in the end.

Meanwhile, National Geographic may want to get in touch with the other fabulous poets:

Pregnancy is wearing,
As I’m sure you know,
But not if you’re a Surinam toad,
For guess where their babes grow.
If you said on their back,
You would be halfway right.
If you said the male digs holes
To stash the eggs in you’ve seen the light.
In a 12 hour mating ritual,
He buries those babes deep,
Then the skin grows back,
It’s enough to give me the creeps.
Four and a half months later,
The babes emerge,
Momma Surinam toad must sure shriek,
And lament her maternal urge.

A Tale of Two Widows

Mmmm mmmmm yum yum yum
He thought, what a night of ecstasy
We sure will get us much of some
They lay there tangled plain to see

Dreaming up their spider plans
They spoke to make a web for both of thee
He was arachnid putty in her hands
She hissed, “you’ll always be a part of me”

He thought he knew just what she meant
Like newly webs, not you or I, but we!
After sticky reproduction, hungry and so spent,
He attempted to leave the web sheepishly

But was asked to stay for dinner
To which he agreed, but feels remorse
Since he’s digesting in her innards
As her web-of-lies main course

The lamentation of a girl guppy

Because you’re the male you’re smaller than me
And that’s because I’m a female guppy.
I don’t lay eggs, I’m a live-bearer,
And I don’t believe I could possibly say that any clearer.

Well you might laugh at my girth,
But that’s because I haven’t as yet given birth
I’m a good couple of months old
And when you were seven weeks old I wish you hadn’t been so bold.

Even when expecting, females prefer new males prettier than hubby
And frequently change who the father is going to be of their bubby.
Basically we guppies are the epitome of immortality
And that’s what happens when one practises polyandry.

So to sum up, if I see a boy guppy who’s dashing
I get quite overcome with passion.
But I ask you, do you think it is fair
That I’m already into my fifth pregnancy this year?

If you are lying in bed postprandially wondering

The female kangaroo of Australia

has quite the most remarkable genitalia.

Although it is a mammal, whose species mostly possess a single uterus,

the kangaroo has developed a reproductive system that is really quite new to us,

in that she has evolved double our number of internal cavities

in which to incubate the future prospective progeny of her species.

In two uteri her eggs can be fertilised in parallel, growing two joeys at a time

And what is an even greater puzzle, going from the ridiculous to the sublime,

making a final tally, some might find a tad hard to believe,

of kangaroo uteri: two, while kangaroo vaginas are in total, three!

Our kangaroo has yet another surprise in the way that her offspring hatches;

While the other makes good his escape before deciding what he is to do,

to go outside and crawl up to the pouch, if i’m not mistaken?

or crawl back up inside and hope his room has not yet been taken.

the young ‘roo will remain in mum’s pouch for another eight, by which time she’s sure to be sore.

Once her young joey has been thus evicted

She will continue to raise him, teaching him how to fend

for himself until his sibling brings her patience to an end.

So with two uteri, a female kangaroo in her maternity

can seemingly be pregnant from here to eternity.

Self Satisfaction–Oh to be like thee, Komodo the Lizard

Parthenogenesis
Genesis, the beginning
Beginning of self-impregnating
Impregnating self
Self reliance
Reliance on moi
Moi and tu
Tu, no not you
Me and only me
Self satisfaction
Or
Self destruction
Destruction of needing
Needing anyone
Anyone will do?
No only you
Oops.. just kidding
I want to procreate
Like the dragon of komodo
Now, that’s self satisfying!

You Need a New Mom

All through the night, in my dreams,
I hear you. I feel you.
deciding that you want to be born.
You will grow up someday.
I’ll push you out some way.
Now is time to break through my pores.

Thank you so much for putting me through this misery! Tune in tomorrow around 10 a.m. MST for the announcement of next week’s contest.

P’Arc: D. Wallace Peach created this graphic that you can use (if you want) for a badge of honor as the winner:

Welcome to The Weekly Terrible Poetry Contest! This is our 34th time of offending the internet and I hope we continue to disappoint.

As those who’ve entered before know, writing terrible poetry is an art form. To truly offend one’s sensibilities; a bad poet needs to nearly fit a meter, almost follow a rhythmic pattern, or get so close to a beautiful description his audience starts picturing EXIT signs instead of snow falling gently in a springtime field. I explain the process a bit here.

Besides that, here are this week’s specifics:

Use the form below if you want to be anonymous for a week.

Or, for a more social experience, include your poem or a link to it in the comments.

Where once the tingling, Jack Frost taste
Bit bent and ser’ious mien,

A sky-rinsed stretch of waking Earth
Draws out unfurling green.

And called upon by nature’s pow’r,
Or, by a lace-tipped wing,

Come feast your eyes on this marvelous tonic; right here, right now. What you may think is a simple bottle is actually the most secret of formulas from the Jungles of the East; from the hand of Marvelodijiling, the famed Healer and only man to live past 200 years of age without a health problem of any sort.

This is The Cure for Depression.

It is, indeed. You may shake your head at me, madame. You may wonder at the authenticity, young sir. I assure ALL that this product is exactly as it says. One simple dose each day will GUA-RAN-TEE to rid you of the woes of Depression. 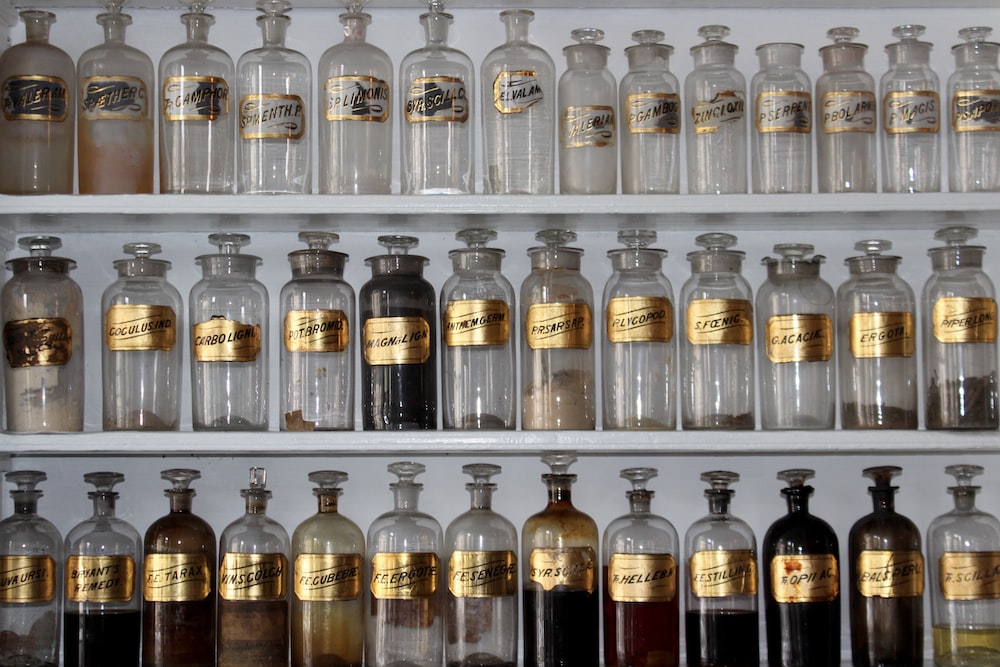 …And if that sales pitch convinced you, then you and I need to have a long talk.

Actually, we can have a really short talk: Depression doesn’t work like that. For one, it isn’t “cured.” It is, however, a condition that CAN be managed once you learn the skills. This depends on the severity of symptoms and genetics and a whole crapload of stuff that would best be handled by a professional.

I am not a professional; at least, not that kind. I am merely a fellow sufferer with access to Google. I have, therefore, come up with a list:

1. Connect with a human.

2. Connect with a paid human; also known as a counselor, psychologist, therapist, and perhaps a psychiatrist.

3. Swallow that pill, if necessary.

7. Do something that brings you real joy.

13. Don’t get sloppy and don’t skip what works.

Whenever you’re in your cave, I’d like you to pull out this list. Grab one; do it. Maybe steal another after an hour of trying the first one.

Furthermore, I’m gonna help a brother/sister/broster/sisther out by writing individual articles about each of these ideas. It’ll be a tetradecalogy. Stick around; eat some chocolate.

Come for the treats, stay for the community, and live life for the future you.

Originally posted at The Bipolar Writer Mental Health Blog on May 28, 2018. I intend to publish one of these articles each week.

“We but mirror the world. All the tendencies present in the outer world are to be found in the world of our body. If we could change ourselves, the tendencies in the world would also change. As a man changes his own nature, so does the attitude of the world change towards him. This is the divine mystery supreme. A wonderful thing it is and the source of our happiness. We need not wait to see what others do.”

Swiped from Damon Ashworth Psychology: “25 Ideas That Could Change Your Life“

Nature is whisp’ring
Behind negligent ambience;
Waiting, and waiting. 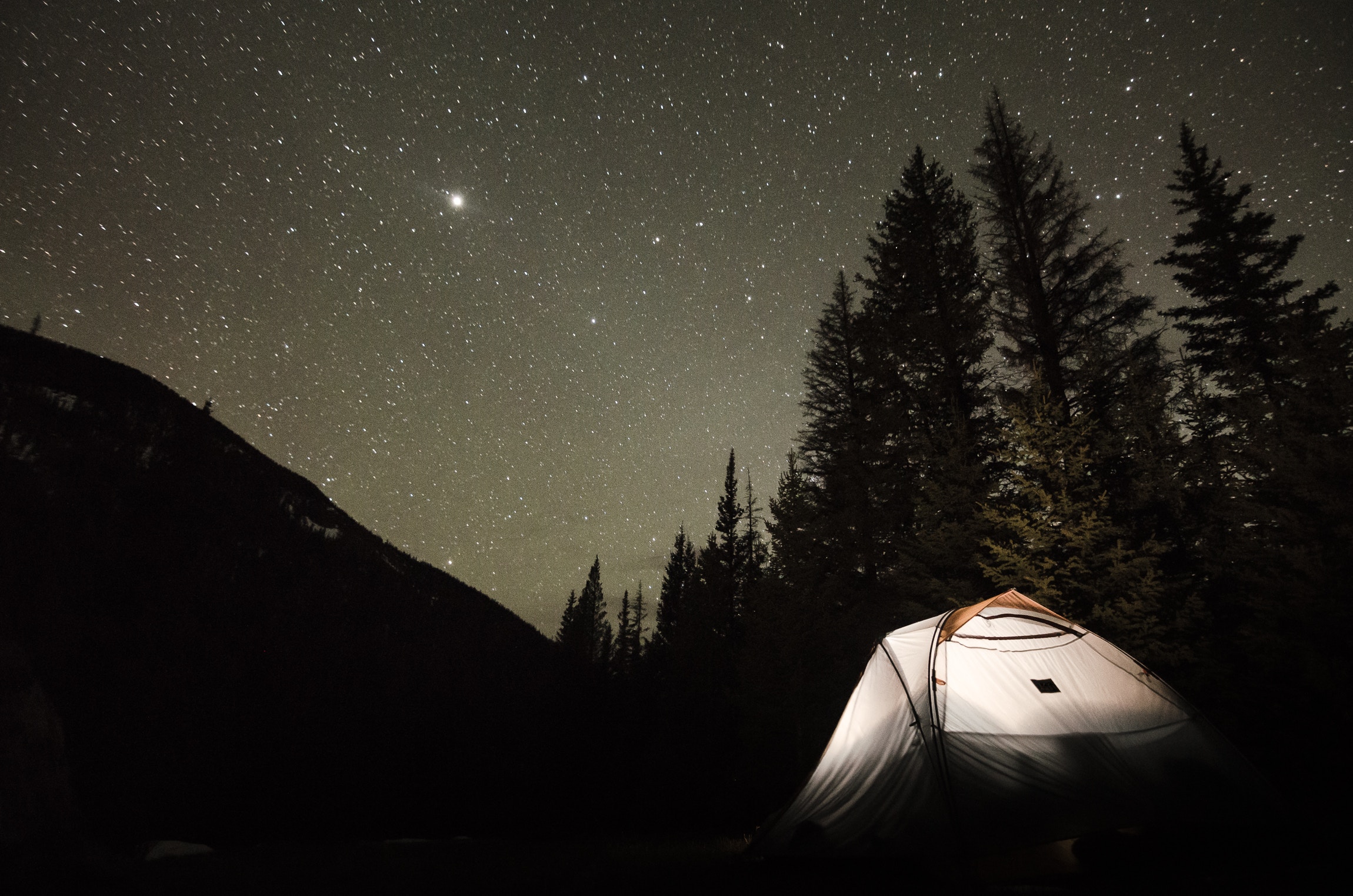