“We are all in the gutter, but some of us are looking at the stars.”

There once was a mom in the ‘burbs
Who thought, for her neighbors, to serve
A plate full of treats;
She filled cookie sheets
With stars, bars, and fudge squares superb. 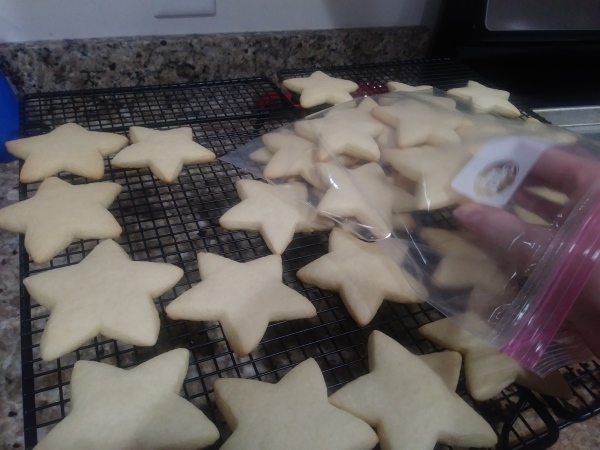 Once baked, cooled; then frosted and stored,
The mom looked with pride at her hoard.
“Don’t eat them!” she warned;
Then, her advice, scorned –
Her snack-taking not aboveboard. 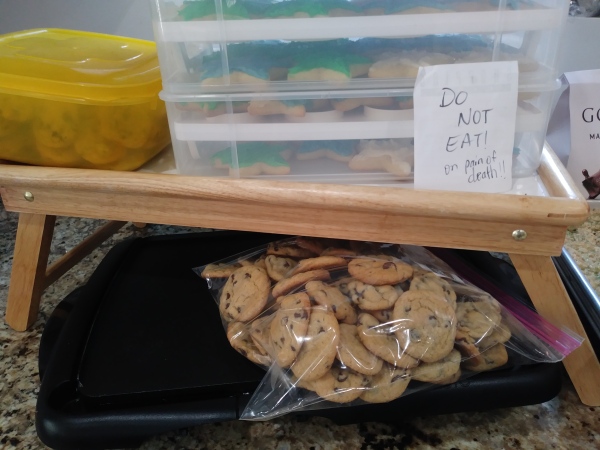 Thus laden with cookies in hand,
She followed her gifting program.
Though many, afraid
Of free calories, stayed
Inside while they spied from their door-cam. 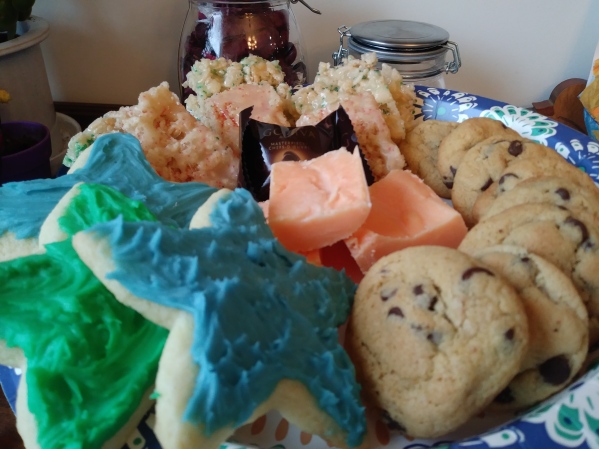 “But I know, somehow, that only when it is dark enough can you see the stars.”

-Martin Luther King, Jr., I’ve Been to the Mountaintop, his final speech 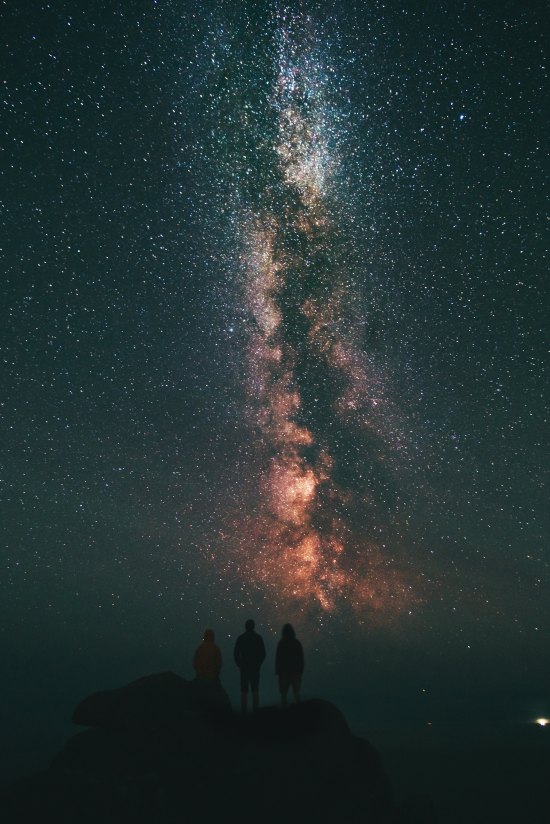 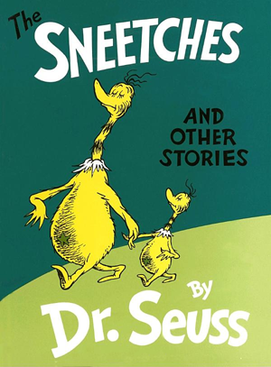 Ah, Dr. Suess. What a fantastic writer! Many know that his real name was Theodor Suess Geisel, and that he drew political cartoons and even produced several short films before the fame of The Cat in the Hat or Green Eggs and Ham. If not, I taught you something new.

I love poetry. Perhaps you’ve seen some of mine or have read my post about Shel Silverstein’s Where the Sidewalk Ends.

Dr. Suess is the best poet for young children. Believe me: I have children and was once a child myself. Because of those two things, I have read some terribly crappy attempts at rhymes in books geared toward kids. Suess, on the other hand, wrote simple poetry with simple words and simple illustrations long before sight word/level reading stuff. And Suess didn’t suck.

As a parent, I say the true sign of excellence in youth material is whether I can watch or read it and not want to gnaw my own arm off just to get away. I can read Suess’ books repeatedly and enjoy them.

The Sneetches is no exception. The story follows a group of creatures who all look the same -except some have a star on their bellies. “…(B)ecause they had stars, all the Star-Belly Sneetches/Would brag, ‘We’re the best kind of Sneetch on the beaches.'” Meanwhile, the Plain-Belly Sneetches are excluded, spending their time together feeling sad at being left out.

And that’s how they treated them year after year.

Why didn’t the Plain-Bellies just hold their own frankfurter roasts and ball games? Well, we get some clue as to the common sense of these yellow, birdlike animals when a stranger comes to their beaches and specifically addresses the left-out group:

“My friends,” he announced in a voice clear and keen,
“My name is Sylvester McMonkey McBean.
And I’ve heard of your troubles. I’ve heard you’re unhappy.
But I can fix that. I’m the Fix-it-Up Chappie.”

McBean builds a machine that can put stars on bellies, and charges $3 apiece. Then, when the original group is upset over the class-leveling, he builds another machine that removes stars (for $10 each!). Chaos ensues, expressed in my favorite stanza of the tale:

It pleasantly tickles a literary nerve, doesn’t it? Sigh.

The last literary element that makes Dr. Suess the best is teaching a moral. The Lorax and such are more heavy-handed than I like, but The Sneetches gives us a gentle tap of reprimand.

After McBean literally takes all their money, he leaves. “They never will learn,” he laughs. “No. You can’t teach a Sneetch.” Seuss, meanwhile, tells us a different message:

But McBean was quiet wrong. I’m quite happy to say
That the Sneetches got really quite smart on that day….

Read Suess, even for yourself. Share this story with others. Then, perhaps, the world will remember that “…Sneetches are Sneetches/And no kind of Sneetch is the best on the beaches.”

What are we but shards of stars, trapped in this paperweight we call existence? 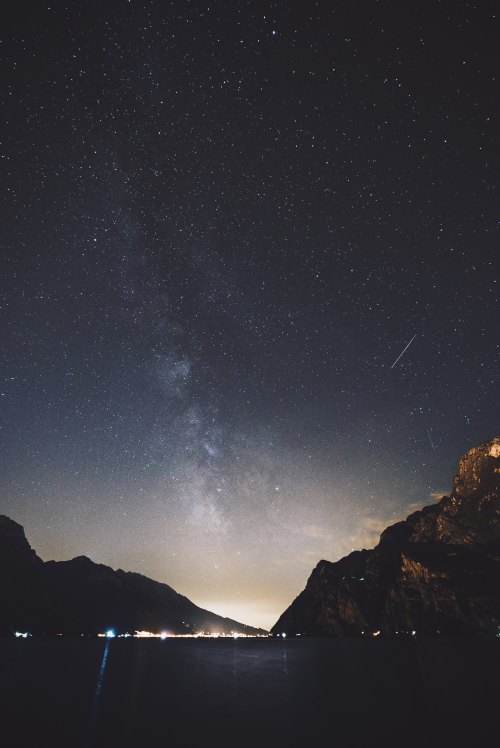 “Well, I can’t see. Someone’s bright, pulsing keister’s in front of me! Ya mind turnin’ it down a bit, Eve?”

“Right, right. Just give me a billion more years.”

“Ya don’t know? You really don’t know what I’m talkin’ about?”

“Well, Mikey; you gonna sit there, smug as eternity -or, ya gonna tell me?”

“Jeez, Mikey, which night? It’s not like we’ve had a few million up here.”

“See? This is why I didn’t wanna tell ya. Now, you’re blushin’. Just like that night.”

“Yeah, well, that’s what happened and then you-”

“You think, ’cause part of me lit up that she wants a pony?”

“Yeah. And, I think we’re going to hear more about it before tonight’s done. Your little light show took awhile to get to them.”

“Hey, you asked. I didn’t ask. I’m just floatin’, here. If you don’t wanna hear some hundred wishes a night, just wait till you run out of fuel in a few thousand more.”

“Something about falling, that’s all.”

“Yeah, and then whoever’s watching down there thinks it’s like that time we was talking about when they saw light all sudden-like, and then we’ll hear all this noise again.”

“You know that means you’ll be front and center, right?”

“What’s the matter, Mikey? You don’t look so hot anymore.”

“I think I just dropped a level.”

“C’mon, Mikey. Like you said, who wouldn’t want to hear wishes all night, huh?”